Note: To read earlier chapters click on the desired title in the “Chapters” listed in the sidebar on the right or at the bottom of the page. 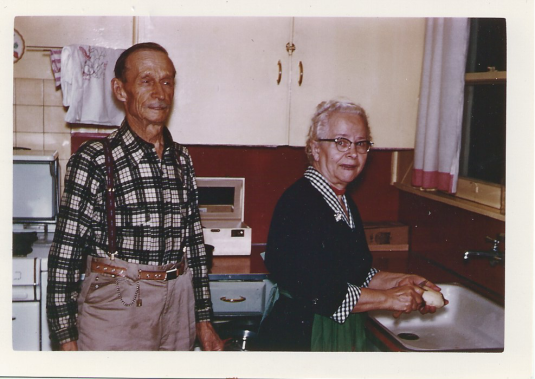 There is a photograph of Grandma and Grandpa Willems in a small album of family photos that I put together back when I was in my early twenties.   The picture was shot by my dad in the kitchen of the house on Academy Way. Grandma stands at the sink peeling a potato, her face turned towards the camera. She wears glasses; her silver white hair is combed back from her high forehead. A dark green apron is tied over her dress, which is black with three-quarter length sleeves and black and white-checked cuffs. Grandpa stands a bit behind her. He wears a long-sleeved plaid shirt and khaki pants held up by both a belt and suspenders. He stands with shoulders held high, arms hanging straight down. His lips curve in a slight smile, but his eyes avoid the camera, look off to the right. He looks as if my father has just told him, “Dad, stand behind Mom so I can get picture of both of you.”

When I think of Grandpa, I see him in that plaid shirt and those khaki pants held up by both a belt and suspenders. When I think of Grandma I see white hair and high forehead. And almost always I think of them in that kitchen with the ox-blood linoleum counters and a sink with the black cast-iron showing through the worn enamel.

The date stamped on the photo is July 1, 1957.   My first memory of Grandma, however, is from a time long before 1957. The family was living on Milsap so it must have been around 1943-1944. I do not actually “see” what she looks like in that memory. There is just a sense of her talking to my mom and smiling. We are in the dining room, a big, light-filled room with lots of people standing around and talking. The dining room table is pushed to the side, covered with cups of coffee and tea on saucers. I loved tea and had asked my mom if I could have some. She said, yes. I took a cup, put sugar in it, tried to drink it. It tasted funny so I put in more sugar. It still tasted funny, so I put in some more sugar. It still tasted funny so I put in some more sugar. After a bit, my mom came over and said that Grandma told her I’d taken a cup of coffee, not tea. I’ve remembered this scene all my life, but why, I have no idea. There is no memory of feeling at all embarrassed or humiliated by making a mistake and finding out that the adults found it amusing. What dominates is simply a sense of Grandma as a smiling presence who looked at me and found what she saw both amusing and likeable. That feeling about Grandma continued all my life. It is the sense of her, of who she was, that I still carry with me.

The next memory of Grandma is in the kitchen of the house on Academy Way, the house where she and Grandpa spent the rest of their lives. Grandma is sitting at her sewing machine in front of the kitchen windows next to the back door sewing silk blouses cut from the fabric in a discarded parachute.[i] This must have been around 1944 because WWII was still going on, and silk had disappeared from the shelves, replaced by rayon. Real silk, delicious silk, was the stuff of dreams. I remember my aunts’ excitement as Grandma sewed, remember how pretty the blouses were when they were finished and my pretty young aunts put them on. Grandma smiles in this memory, too, smiles at her daughters and their delight in how they looked in the almost-sheer new blouses.

Almost all my early memories of Grandma are of her surrounded by family, memories of her sitting in her rocking chair in the kitchen talking and laughing with the crowd of people in the room; of her sitting on a chair in the middle of the kitchen while one of the girls combs her hair. I remember how thin and fine her hair was, the pink of her scalp visible through the silver-white curls.

My earliest memory of being alone with Grandma is of watching her make noodles, watching her roll out the dough into a thin sheet on the flour-covered table, then with her fingers, roll the sheet into a round log that she sliced into thin circles of coiled dough. She let me help shake out the coils into long strands of noodles. They would go into the golden chicken soup she was cooking. I loved that soup, particularly the noodles with the little curl at the tip, the end that had been at the center of the roll of dough when it was sliced. Even now, remembering that soup I want to go make a batch, eat a big bowl of it, eat as many noodles as I want.

Layers of memories from that kitchen, layers like a stack of transparencies, early images still visible through later, sharper pictures,—layers of images in which the crowd of people in the house gradually thins as ‘the girls’ marry and move into homes of their own.

Most vivid are the images on top of the stack, memories laid down when I was old enough to stay on in Dinuba by myself. I am sitting at the kitchen table in front of the windows that look out into the branches of the giant citrus tree. The house is very quiet. All I can hear is the ticking of the wall clock in the dining room and the chatter of sparrows. When I put Grandma into that memory she is sitting in her rocker, humming softly as she crochets, one foot lifted slightly off the floor, the other making the chair move up and down. We talked very little on those visits, and I liked that. I liked the quiet of the house. I liked the peace and freedom of that quietness. I could sit and listen to the birds, daydream, or go and explore the house on the pretext of helping Grandma clean.

Grandpa is entirely absent from my early memories. I do not see him in the house on Milsap; I do not see him in the crowd of people in the kitchen in the early memories from the house on Academy Way. It was Grandma the family came to see, the one they sought out to talk and laugh with. Grandpa was just a silent presence somewhere on the family’s periphery.  I do, however, see some things related to him:

–His dog, Theodore (pronounced “Tador”), a sturdy, medium sized dog with a   short, gold colored coat and a broad, friendly head, a smiling face. Grandpa was very proud of that dog and how smart it was. I remember the family talking about how Theodore would go across the street to the school yard when the kids were out for recess. He would take turns with them on the slide, climb up the ladder then slide down and go back and get in line again.

–The old 1930s vintage car, a big black box of a car that was parked in the back yard. Grandpa drove Grandma and me to the Dinuba MB Church in it one Sunday when I was eight or nine. I remember going out to the car where it sat parked under the weeping mulberry and walking into the big, beige-upholstered back seat area.   I was embarrassed to have to drive to church in that old car, eager to get out when we got to church so I could disassociate myself from it.

Grandpa seemed to spend most of his time outside the house, tending his flowers and citrus trees, or off somewhere in a life I knew nothing about. The only time I saw him in the house when I stayed overnight was in the morning. Grandpa slept in a small travel trailer[ii] in the back yard. Grandpa was an early riser; Grandma had trouble sleeping and got up much later than he did. Before Grandma came into the kitchen, he would come in the kitchen door from outside, whistling softly. Seeing me sitting at the table, he would give a nod and small smile, then get a glass out of the cupboard, fill it at the sink and take it over the counter by the stove where he kept his container of “Serutan.” [iii] He would spoon some into the glass, stir it, drink it quickly. He would then carry the glass to the sink and go into the dining room, and wind the big wall clock, the chains that held the brass weights a clicking whir as he pulled them up.

I seldom saw Grandma and Grandpa in the same room at the same time. Grandma was usually in the kitchen. Grandpa was usually somewhere out of the house. The times when Grandpa did come into the house when Grandma was in the kitchen, he was usually just passing through to the front of the house, probably to the bathroom. They might say a few words to each other in Low German. Sometimes those words sounded sharp, but the encounter was always very brief. They seemed to live very separate lives. Grandma had the family and the interior of the house; Grandpa had the yard and a private life somewhere else. I didn’t ponder that separateness then, but I did take it in. It registered. There was something going on here. A drama of some kind was being lived out in that kitchen. There was a story here. I could sense it.

[i] Aunt Mary was a Supply Clerk at Sequoia Field. She handled material that was no longer usable. When I mentioned the parachute to her in 1994, however, she had no memory of it.

[ii] Aunt Rosie says that Grandpa “was probably in the dog house” at the time. They normally shared a bedroom.

Note: I will be away from my computer until 3/18, and will not be able to approve of reply to Comments until I get back.  LW 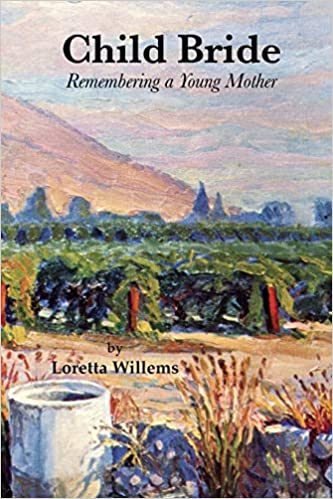 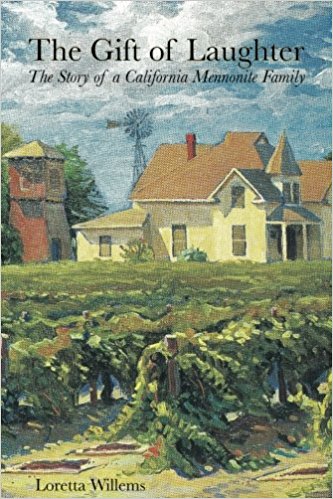